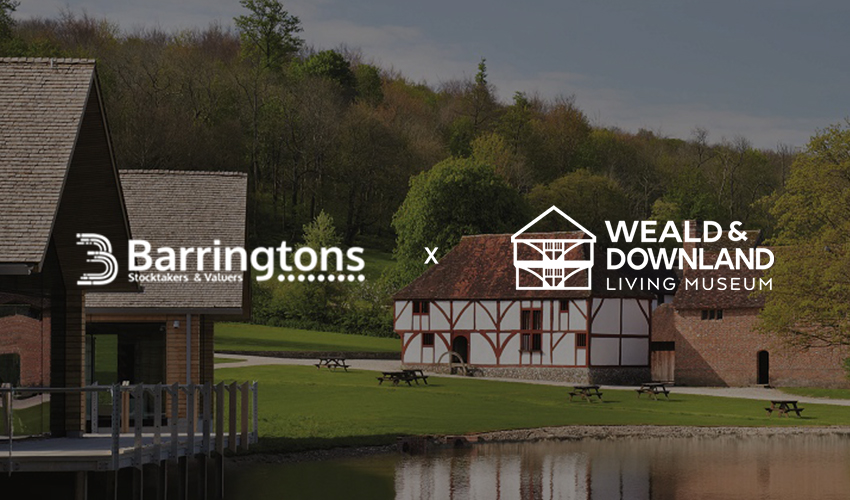 11 SepBarringtons Stocktakers and Valuers use I-Stocktake for the annual stocktake at Weald and Downland Living Museum.

i-Stocktake and Barringtons (www.barringtons.biz) Stock Takers and Valuers join forces to provide an end to end stocktaking solution for Weald and Downland Living Museum based in Singleton West Sussex.

This “must visit” museum has an impressive gift shop packed with an extensive range of gifts, food items and memorabilia. Following the installation of their Retail Management System the museum wanted an independent count and audit of their stock inventory. The museum had concerns about the accuracy of their reported stock position following the conversion of their inventory data. They were also concerned that there maybe weaknesses in their stock control processes, procedures and recording.

Barringtons were appointed as the preferred stock takers for counting some 30,000 items in a single day while the gift shop was open for trading. Given the short amount of time allocated to the task, the possibility that  counting areas would not have been prepared in time for the count, stock items were spread over multiple areas, some products had multiple barcodes and some had missing barcodes , Barringtons decided that they would need specialist stocktaking software and scanning devices to complete the task accurately, within the time allowed and provide the client with the information they needed to spot weaknesses in their stock control processes, identify variances from their reported stock position and make stock adjustments.

Barringtons approached i-Stocktake with a view to renting their stocktaking hardware and software to give them the batch scanning, multiple barcode identification, scan validation, product count by name/description and stocktake management reporting/analysis capabilities they considered essential.

Using i-Stocktake, Barringtons completed the museum stocktake in just under 5 hours using half the team they would normally have deployed. 75% of the stock items were correctly barcoded and counted using i-stocktake scanning software. Details of the remaining items were recorded and counted using i-stocktake scanning software look-up and allocation features.

A stocktake variances list was quickly assembled using i-stocktake remote stocktake management software and the clients retail management system stock records updated in time for trading the following day. The stocktake differences and exceptions reports provided by i-stocktake management software allowed the client to spot areas of weakness in their stock control procedures, product labelling issues and to move forward knowing with confidence that their stock records could be relied upon.

“Without i-stocktake we would not have been able to complete this task in the allowed time without a significant increase in staff numbers. Will definitely be using i-stocktake again in the future”

The stocktake was completed 50% quicker than I had planned for with just 2 scanning devices to work with. There were a few teething problems with the scanners on the day but these were quickly dealt with by the i-Stocktake support team whose level of support was exceptional.

I-Stocktake provides unique scanning and stocktake data management capabilities and it is easy to use and deploy. Barrington’s will certainly be using i-stocktake again for similar stocktaking assignments.

I would highly recommend i-stocktake to any stock taking or valuation company or retailer looking to perform their own stocktake.

Ask Us A Question…